The Pipe Man of Huntsville 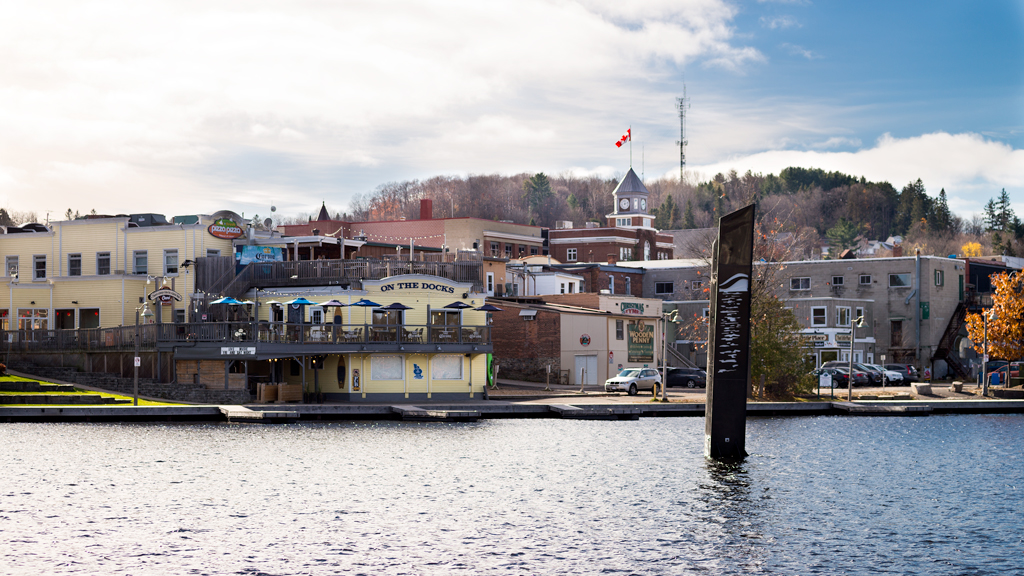 If you live in Huntsville or are a regular visitor to Muskoka you may have heard about the new and somewhat controversial art installation in town. The “Pipe Man” was donated to the town of Huntsville by Jan Nyquist, owner of Pipefusion and NyDock, in honour of his company’s 35th anniversary.

The 18’ tall monument depicts an image of Tom Thomson on one side and 35 ripples forming a stylized version of the Pipefusion logo on the other symbolizing 35 years in business. It is made from high-density polyethylene pipe, a material which should last hundreds of years. The original concept was a collaboration between Pipefusion staff and local artist Beverley Hawksley. It also lights up at night.

Objections to it online were many and it became controversial pretty immediately. In fact I can’t recall seeing one positive response to this art installation online or in person since it was installed.  In a brief ceremony on Wednesday to officially recognize and introduce the “Pipeman” , Mayor Scott Aitchison responded to the controversy by making comparisons to the work of  the Group of Seven painters and how they were heavily criticized.

What do you think? Have you seen the installation in person yet? Here are some images from the ceremony on Wednesday and of the new “Pipe Man” of Huntsville. Leave a comment below to share your opinion.